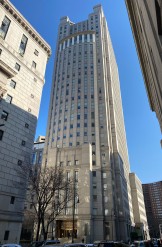 A multi-state anti-trust lawsuit to stop the merger of Sprint and T-Mobile has failed. New York Attorney General Letitia James issued a statement saying “There is no doubt that reducing the mobile market from four to three will be bad for consumers, bad for workers, and bad for innovation, which is why the states stepped up and led this lawsuit. … As we review our options, including a possible appeal, Americans should continue to hold the companies to account for their promises.” If the states do no not appeal, the merger is likely to be completed as soon as April 1, 2020, according to a statement from the two companies. The ruling was issued today by the Hon. Victor Marrero of the United States District Court for the Southern District of New York. New York and California led the coalition of 14 state Attorneys General opposing the merger. The FCC and DoJ approved the merger last year. Some assets from Sprint — including the Boost Mobile brand and customers — will be transferred to Dish, which has promised to use them build its own new 5G network.