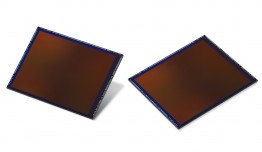 Samsung’s latest camera module for phones has a world-first 108-megapixel resolution and can record 6K-resolution video at 30 fps. Samsung announced the camera sensor module today, as a collaboration with Xiaomi. As with Samsung’s new 64- and 48-megapixel sensors, the new module is designed to use pixel binning by default, where four pixels act as one for better low-light performance and less noise. This makes it effectively a 27-megapixel sensor for most shots, although it can capture a 108-megapixel image in bright light. It has the same 0.8-micrometer pixel size as the company’s 64-megapixel sensor, but is physically larger, being the first mobile image sensor to adopt a 1/1.33-inch sensor size. Mass production of the part will begin later this month.