I’ll jump into this once more, but in reality I’m fighting a losing battle. As we’ve seen in recent years, people have started to believe any old crap. Facebook and other social media sites now seem to be the font of all knowledge, despite them usually being a massive echo-chamber of shallow attention-seeking comments and misplaced loyalties.

On a daily basis, people will like “Share” or “Like” anything that “feels real”. They will, because they’re nice people at heart, do their best to warn others about perceived threats. They’ll also share memes and posts that, in reality, have been carefully crafted by marketing specialists. Nobody asks…

Who created this image? Has it been checked? Is it factually correct?

No, they just believe that the EU are forcing us to have straight bananas and share it. You can read his wordy Wikipedia article for the truth or hey, you could just click “Share” and, some half a million shares later, the damage is done. The official pro-Brexit campaign broke the law by overspending. Nobody seems to care though, because “somebody else” should do the fact checking. Right?

Wrong. We’re losing trust in our traditional media. Newspapers aren’t fact checking as much as they used to. Their industry is being sucked down a hole. Circulation figures are tumbling, revenue is vanishing. You have to pump out articles throughout the day on a website now. They must be instant, but lengthy, contain countless pictures and – above all else – their main purpose should be to attract attention and encourage visitors to click. The headline must get a click. It has to pull you in.

Another click. Another few pennies in revenue. More Google Ad impressions. More money for the owners of the newspaper. 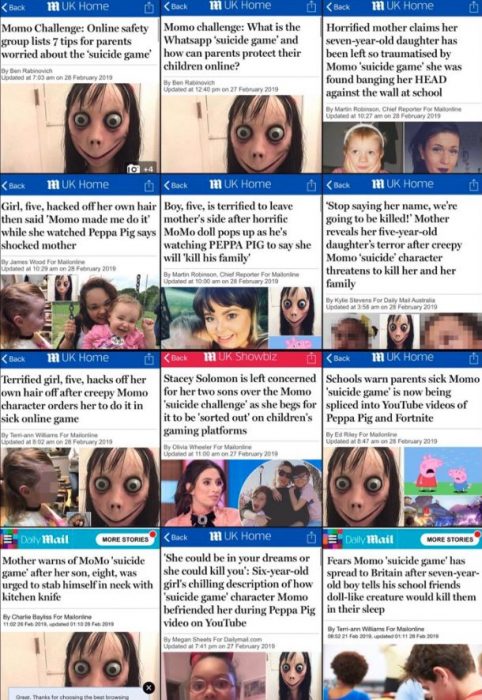 12 stories, all based on social media and lacking real fact-checking, but GREAT FOR CLICKS BABY

Welcome, then, to typical modern journalism. It’s much easier to pay less for “reporters” to turn tweets into supposed “news” than it is to actually go out and properly investigate something. Newspapers have less money coming in, so they spend less on researching in-depth news and concentrate on articles which recoup the most amount of cash. The result is articles that earn a fortune for the likes of the Daily Mail but are thrown together with little concern over accuracy.

Meanwhile, we expect our news to be free, meaning that there’s less money floating around for in-depth investigative items. And hey, who needs those? A well-researched, long-form news piece will get far less clicks that the 12 articles about this “Momo Challenge” that have simply been lifted from social media sites.

The same can be said for our TV channels. Morning TV and daytime shows focus on bullshit non-issues such as how four random people tweeted something about how they didn’t like women presenting football coverage, which then gets turned into a headline stating…

Calls for female football presenters to be banned

…followed by the campaigning, hounding and harassment of any female working in TV on social media or real life and so on.

Today then (and yes, I’ve taken the longest possible route to this final paragraph possible), it’s been revealed that there’s no hard evidence stating that the Momo Challenge is real. This “challenge” supposedly revolves around a character jumping into YouTube videos (even Kids YouTube) plus WhatsApp and other places, encouraging kids to harm themselves, perform dangerous activities or hide things from their parents. 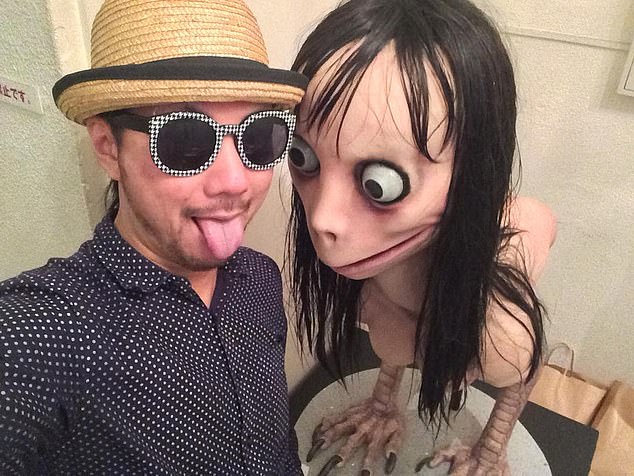 Children have had their schools sending home letters, the Scouts have done presentations about it, the Police and local authorities have jumped in. Kids are now more shocked and scared than they would have been if somebody had actually done some proper fact checking. 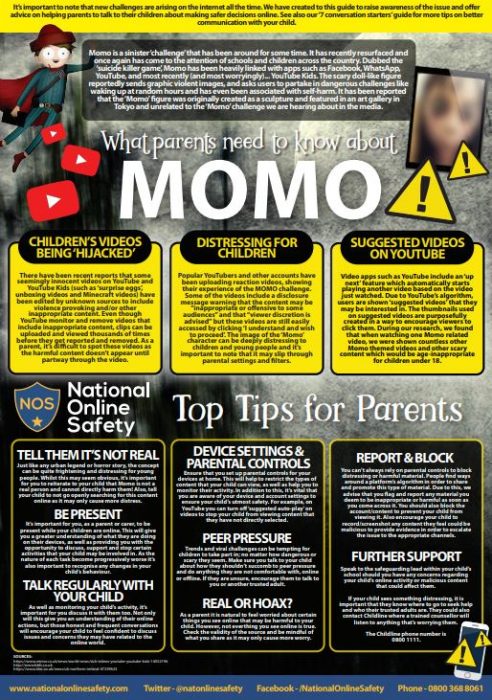 If that had happened, and they’d have actually spotted that fact that ….

– Charities say there have been no reports of anybody receiving messages or harming themselves as a result.
– The UK Safer Internet Centre states that it is “fake news”.
– Newspaper articles claiming that “up to” 130 teenagers in Russia had been killed were not corroborated by the relevant authorities.

Now those news stories have amplified this false scare stories, and we’re lapping it up because Facebook, Twitter and the likes of the Daily Mail are all free. We don’t want to pay for news any more, so we go for the free option, which is largely unchecked.

Now, say what you want about the BBC, at least they fact-check their stories.

Now, I must clarify that I’m in no way stating that you should ignore all these warnings about online threats. The internet is a dangerous place and no firewall, no screen time restriction and no parental controls can stop your kids being subjected to bad, hateful, frightening stuff. I’m just highlighting the fact that we should all be more cautious of what we believe on the internet, because in this instance the “trusted” outlets for many have caused more harm.

Head to my earlier stories about how to keep your kids mobile safe and online grooming. Also check my story last week which details how even apps targeting children are dangerous.

The post The Momo Challenge. Yep, here we go again. is original content from Coolsmartphone. If you see it on another news website, please let us know.