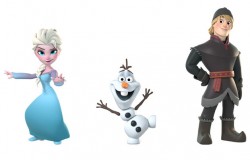 Samsung has made new AR emoji stickers available to its Galaxy S9 and S9+ phones. Owners of these devices can download an AR pack that contains characters from Disney’s movie “Frozen,” including Elsa, Anna, Olaf and Kristoff. The S9/S9+ launched with access to several core Disney characters, including Mickey Mouse, Minnie Mouse, and Donald Duck, and later added characters from The Incredibles. AR emoji allow people to animate cartoon characters using their own face in coordination with the front-facing camera. The new AR Emoji are free to download from Samsung through the camera application.