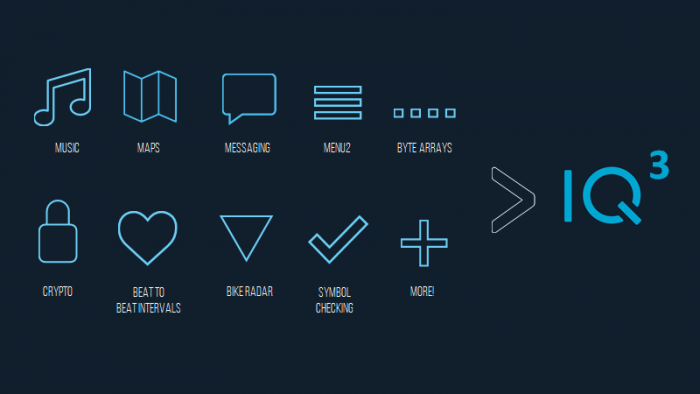 The line between smartwatches that track your fitness, and fitness trackers that provide smartwatch functionality is getting ever more blurred.  Garmin has long been the mainstay for runners and other fitness fanatics.  Many of these devices have smartwatch elements to them, and via Connect IQ there has been a plethora of watchfaces, apps, widgets and other means to customise what you wear.  Compared to an Apple Watch or Gear OS device functionality is still relatively limited, with notifications and music controls being the main interactive elements, but Garmin has been steadily increasing these as new devices hit the market.

At its recent Connect IQ Developer Summit Garmin announced the release of Connect IQ 3.0. This includes a number of standard updates and fixes, but more excitingly for those devices that will receive it, there will be new apps from a variety of developers (largely fitness-based, though not exclusively) and much better music integration.  The intention is to open the audio aspects of the software to developers to allow them to integrate music (be it music, podcasts or audio books) into the OS.  There is also going to be better support for notifications and for including maps into apps.

A beta release is available now for anyone with a Forerunner 645 Music watch.  Garmin says that a second beta will emerge in May, with the final version to appear in June.  There are no official details of which watches will receive it, though a photograph of the presentation revealed that the Fenix 5 series watches, Forerunner 645 and 935, as well as the Vivoactive 3 will be on the list.  Here is the full list of changes:

Connect IQ 3.0 is here! This is the largest update to Connect IQ we’ve made in a long time, and has many new core features to the platform.

We’ve expanded the developer tools, too: